Scientists at Neumayer Station III in Antarctica at the outdoor temperature below -20°C successfully planted no soil, sunlight and sunlight in the high-tech greenhouse (EDEN-ISS). Pesticide vegetables include 3.6 kilogram salad lettuce, 18 cucumbers, and 70 radishes. The

It is understood that scientists use water-based cultivation methods to use reusable water circulation and nutrient systems, while replacing sunlight with LED lighting and carefully monitoring indoor carbon dioxide.

In addition, according to the German Aviation Center, by May, scientists are expected to harvest 4.5 kilograms of fruits and vegetables a week.

It is reported that this was not the first attempt. As early as 2015, NASA had successfully planted vegetables on the International Space Station.

However, it is worth noting that the project focuses on the more versatile vegetable varieties such as radish, salad greens, tomatoes, cucumbers, peppers, and even herbs in the future to Mars or the moon.

However, such planting systems also have their limitations. Scientists say that some fruits and vegetables have to wait for a long time to mature, such as strawberries, and they are still waiting for a successful harvest. 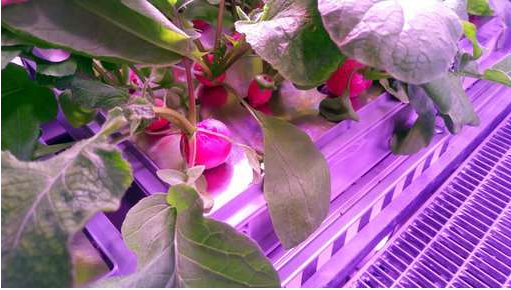